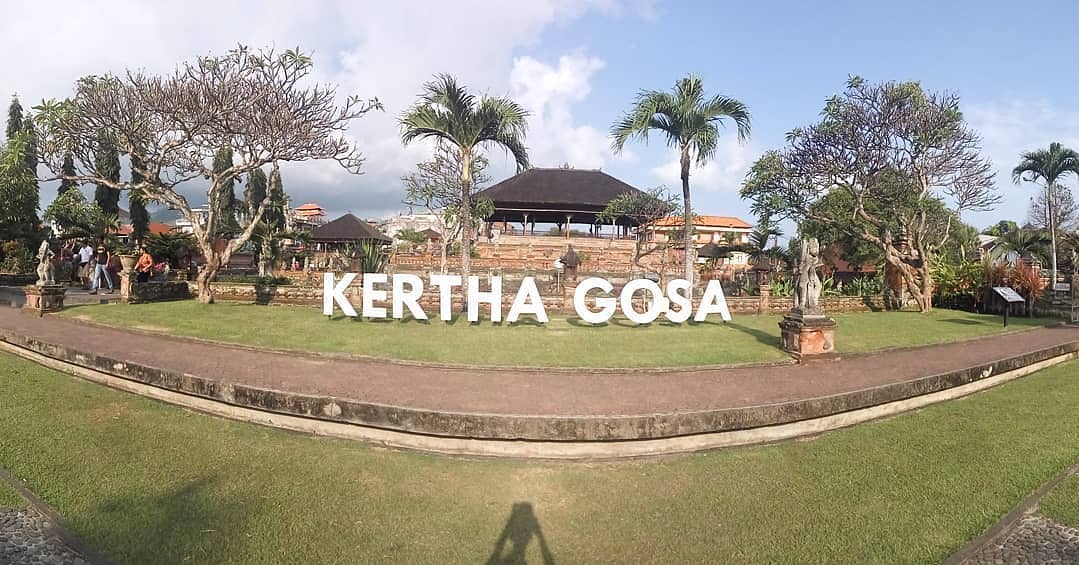 Klungkung is a district that has the smallest area on Bali Island as well as being a famous tourism area in Bali. Klungkung is famous as a very quiet area, congestion-free, no air pollution and even the population is very friendly.

The History of the Kertha Gosa Park

Kertha Gosa Park is a tourist attraction in the East Bali area which features many historic buildings and Balinese architectural ornaments. This makes both local and foreign tourists are interested in visiting the Kertha Gosa Park.

Besides the Kertha Gosa park, there are two buildings from the Klungkung royal complex that remained and did not completely collapse during the Dutch colonial invasion. They are the Great Medal building (the main gate of the Klungkung kingdom) and Bale Kambang (a building surrounded by a pond called Taman Gili).

In the past, the function of Bale Kertha Gosa was a place of discussion about the situation of security, justice and prosperity of the Balinese royal region, also functioned as a place of court in Bali.

We have previously mentioned that the Kertha Gosa Park features historic buildings and 17th-century Balinese architectural ornament which both are the main attractions of this park.

The uniqueness of the Bale Kambang and Bale Kertha Gosa buildings is on the roof of the building. On the ceiling of the building there is a painting of Wayang that illustrates the case being justice as well as the type of punishment that will be received for any mistake made.

Besides that, the Wayang painting also tells the Karma Pahala law. The law of cause and effect from the good and bad actions of humans in the whole of their life. Wayang paintings also depict human reincarnation into the world to atone for sins from their actions (reincarnation).

Besides the two buildings, in the area of Kertha Gosa tourist attraction, precisely in the west area, there is a museum that is also crowded by the tourists. The museum keeps historical objects from the Klungkung kingdom, and objects used by traditional Balinese courts in earlier times.

Note: The tourists who visit it will get a sarong and a shawl that must be worn before entering the Kertha Gosa park area.

Kertha Gosa Paek is in the city center of Klungkung Regency. The location is right in front of the Klungkung regent’s office.