Bali is indeed a beautiful Island that keeps many wonderful things start from the beauty of its nature to the uniqueness of its culture. One of the real proof of its beauty is Taman Ayun Temple with its high cultural value. 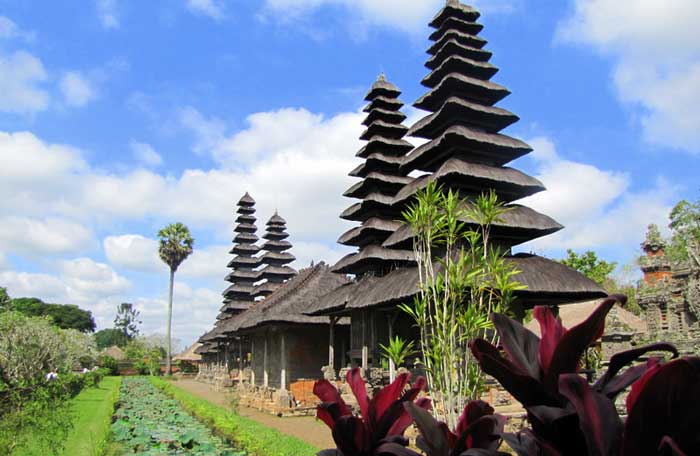 The beauty of temples in Bali

Bali has an undeniable beauty from its northern tip to the southern end. Starting from the natural beauty to the cultural uniqueness. Everything was preserved until now. Because the Balinese people especially Hindus are very upholding sustainability, especially cultural preservation. That also makes many temples built in Bali is why it got a title as Dewata Island. The temple is intended as a place of worship for Balinese Hindus but can also be a tourist attraction visited by many tourists because of its beauty.

One of the temples that are not less beautiful than other temples is Taman Ayun Temple. This temple is often referred to as the most beautiful temple on the Dewata Island. Apart from the beauty of the castle, the location of the Taman Ayun temple is also not too far from the capital of Bali, Denpasar. So both of these things make tourists have no reason not to visit this temple.

Actually, Taman Ayun Temple is a temple complex that is accompanied by a beautiful garden inside. The park in this temple adds to its beauty which makes tourists recognize and admire it and flock to its place.

Taman Ayun Temple Bali was first built by the king of Mengwi in 1634. In the Henk Schulte Notdholt book entitled Negara Mengwi, it was written that Taman Ayun Temple had undergone a renovation process in 1750 which was done by architect Hobin Ho.

This temple is one of the old temples that has a high historical value. This historical value is also an attraction for tourists to visit this place. As well as the architectural design that is lagging and magical elements and high artistic value.

In its history it is also written that the Taman Ayun temple had suffered severe damage in 1917. Where a devastating earthquake shook this Dewata Island.

The splendor of Taman Ayun Temple

Also, note that the Taman Ayun temple has a large area of ​​100×250 square meters. Inside it is divided into an inner court and an outer court separated by the existence of a pond.

In the inner court divided into three platforms. The first court was functioned as a resting place where it also became a place for visitors to witness the splendor of the Taman Ayun Temple in Bali more closely.

Then the second court has a higher position than the first court. In this place there are many statues of guards that are placed in every corner of the eyes angina. There are 9 statues that according to Hindu beliefs are called the symbols of the Nawa Sanga Gods. Whereas the third court is the court with the highest position. This court was opened during the implementation of religious ceremonies. In this court there are also temples and meru which function as locations for worship of Balinese Hindus.

Taman Ayun Temple applies an entrance ticket price of IDR 10,000 per person and a parking price of IDR 5,000 per vehicle.