Saraswati day is one of Hindus beliefs which is the day of the decline of knowledge that comes down to humanity for prosperity, progress, peace, and increasing humanities of humanity. 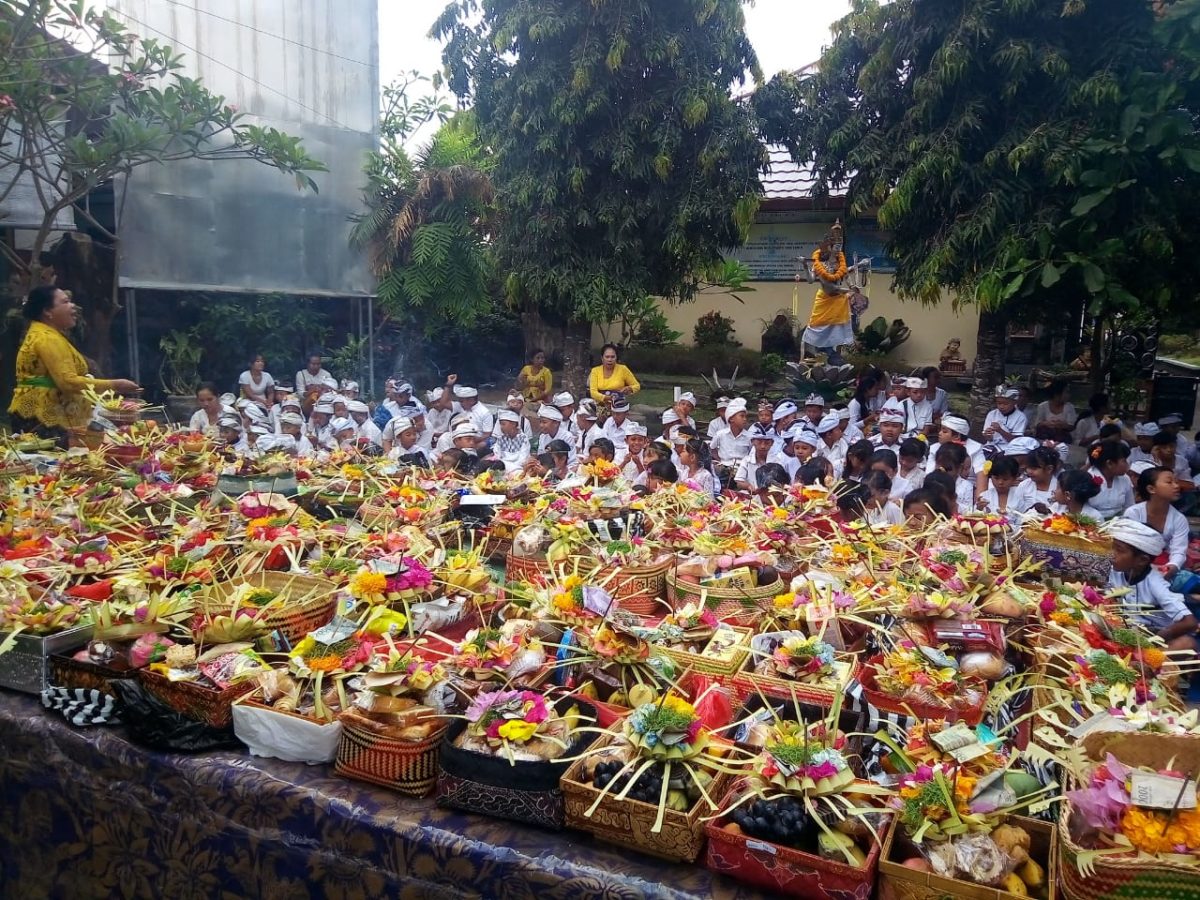 Hindu believe Saraswati day is the day of the decline of knowledge that comes down to humanity for prosperity, progress, peace, and increasing humanities of humanity. That is why Sarawati day become an important day for Hindus people, especially for school students and education practitioners. Hindu Dharma in Bali celebrates it every 210 days or 6 months a year by using the Balinese calendar calculation on Saturday, Umanis, Watugunung.

Activities to Do on Saraswati Day

On Saraswati day, worship is offered to the Goddess of Saraswati. The worship is mostly done by the students. Every student must be busy preparing for prayer ceremonies in the morning. They do it in their respective schools and continue it to other temples after. The temple that becomes the favorite one Jagatnatha temple in the city center. On this day, all books, eject, libraries and stationery at school, at the temple, at home or in the office mostly put in a place for the ceremony.  Every school is closed on Saraswati Day due to a myth that not allowed students to write and read.

The Meaning of Saraswati Day

The legend illustrated that Saraswati is the Goddess as a Brahma wife. Saraswati is a protective/abundant Goddess of knowledge, awareness (Widya), and literature. Hindu Dharma in Bali belief that because of the grace of the Saraswati Goddess, they become civilized and cultured human beings.

The Saraswati Goddess is described as a Goddess who sitting on a lotus with a goose (Hamsa) or a peacock, four-armed with a zither/veena and ganatri in both right hands, left hand carrying a library/book and the other left hand playing guitar carrying zither/veena and ganatri in both right hands, the hand can carry the library/book and the other left-hand plays the veena or blessed.

Several meanings and symbols that important to be knowledge:

1. White-skinned, meaningful as the basis of knowledge (Vidya) which is white, clean and pure.

2. Book/library in the left hand, means: All forms of science are secular. But even though vidya (spiritual science) can lead us to moksha, but avidya, the secular science should not be ignored. As Isavasya-Upanishad explains: “We go beyond hunger and thirst through avidya, then only through vidya to pursue and reach moksha.”

3. Veena, means: art, music, culture and sound of AUM, also a symbol of harmony of mind, Buddhism, life with the natural environment.

4. Akshamala / ganatri / tasbih on the right hand, means: Spiritual knowledge is more meaningful than various secular sciences (on the left hand). But however important the books and teachings of various sciences without sincere appreciation and devotion will be wasteful or in vain.

5. Beautiful and reddish face means: A symbol of ignorance and worldly luxury that is very riveting but misleading (avidya).

6. Goose (Hamsa), symbolizes: Can filter water and separate which dirt and which can be eaten, which is good which is bad, even though it is in dirty and murky water or mud, (symbol vidya).

7. Peacock means: beautiful hairy, pretty and brilliant even though their habitat is in the forest. And together with swan means as a vehicle (tool, device, transmitter of Her messages).

8. Lotus flower / Lotus means: can grow well and produce beautiful flowers even though they live on dirty water.