Made’s Warung is one of the culinary attractions that referred to as the everlasting taste of foods. Since it was built in 1969 until now on, it always crowded by visitors especially those who are at Kuta! 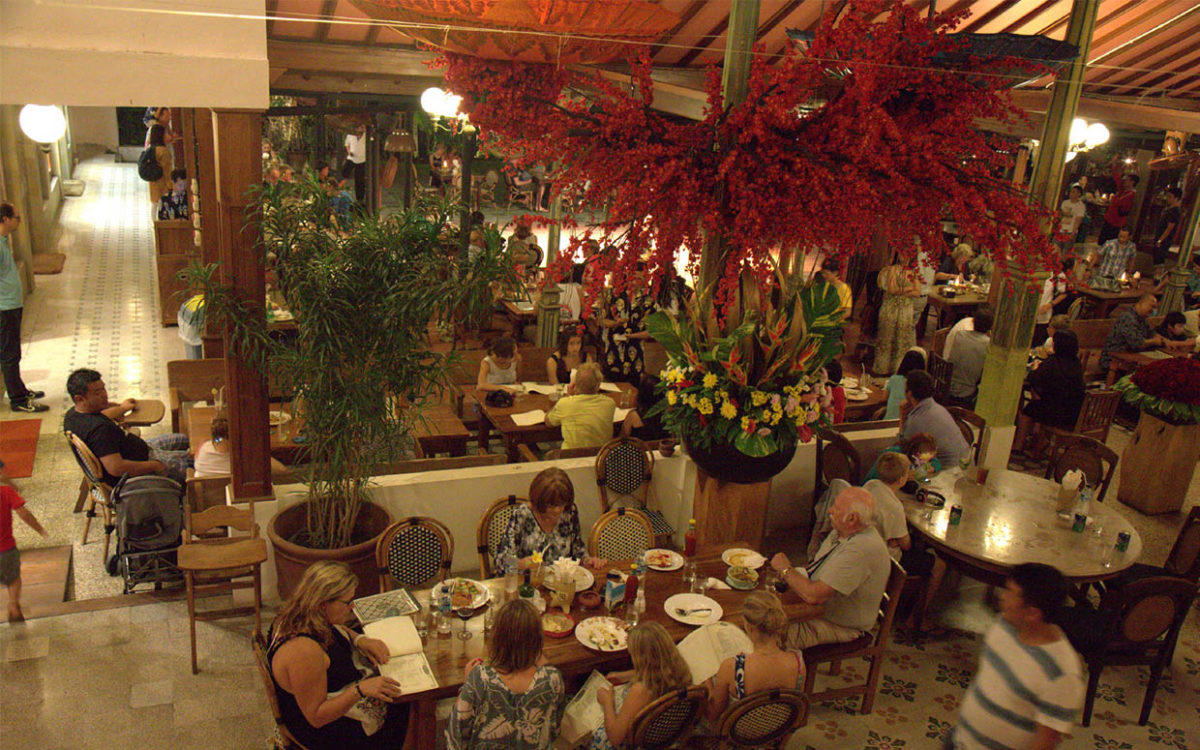 Bali Island has high popularity as an island with its stunning beauty. Starting from the natural beauty, cultural uniqueness with a variety of adequate facilities. It’s easy to get pleasure in Bali. There are many famous areas in Bali which are usually referred to as tourism areas. Where the area of ​​tourism there are many interesting attractions. Starting from the one with the natural beauty called natural attractions, then cultural attractions to culinary attractions.

One of the famous tourism areas which always crowded with tourists is the Kuta area. In Kuta there is a famous culinary attraction and has long stood. Places to eat which have the name of Made’s Warung from the first built until now are still crowded with tourists both local and foreign tourists. Especially tourists who are in the Kuta area. But no exception tourists who are far from Kuta who deliberately visited Made’s Warung.

Made’s Warung is a food place that has been established since 1969. At the beginning of its establishment this place was still a simple place to eat. Especially when the tourism industry in Bali continues to grow where there are more and more tourists who vacationing in Bali, making Made’s Warung also continues to experience growth. This development can be seen from the food dishes that only served traditional Archipelago menus at the start then now it has served various international menus.

Starting from its business in Kuta, now Made’s Warung has become a restaurant with increasing popularity. Made’s Warung has also opened several branches in several locations that are scattered. An interesting fact from this place is that all branches of the restaurant are always crowded with visitors. All of that is motivated by the level of delicious taste from the menu offered.

The Attraction of Made’s Warung

Because now Made’s Warung has become one of the famous culinary attractions, so restaurant adjusts its design to make it look attractive. Of course the appearance of the restaurant design is much different from the previous one. Not only are the design and food dishes different, but there are also entertaining shows held at this place. The show took the form of a traditional Balinese dance performance. This is certainly an attraction for tourists.

The tourists can visit one of the branches of Made’s Waring on Jl. Kuta Beach, Banjar Pande Mas, on Jl. Raya Port of Benoa 7X, in the Seminyak area, or at Ngurah Rai Airport.