Bali residents are famous for preserving their culture and nature. One of the place as a proof of their cultural preservation is Panglipuran Village. 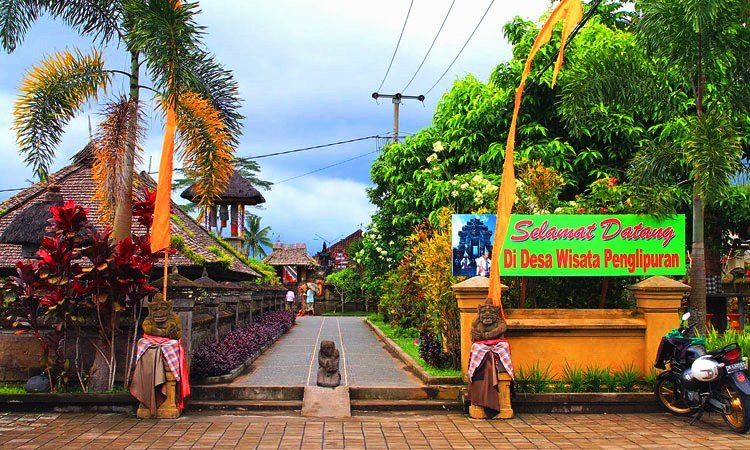 The tourist attraction is the famous village on the Bali Island, namely Penglipuran village. It is starting from a village which villagers that wants to preserve the ancestral culture and were designated as penglipuran tourism villages, in 1993.

The History of Penglipuran Village

Penglipuran village comes from the acronym word pengeling and pura which means remembering the holy place (the ancestors). The population of the village originated from the village of Bayung Gede, Kintamani who immigrated permanently for some reason to the Kubu Bayung village, settled and manage the cultural wisdom until finally the village was inaugurated as a tourist village known as Penglipuran village.

At the beginning of its inauguration as a tourist village, in 1995, Penglipuran got a Kalpataru award. Because Penglipuran village was considered that capable of maintaining and increasing 75 hectares of bamboo forest and 10 hectares of other vegetation that are now become the characteristic of the village. It is also able to maintain the cultural customs of the ancestors and also the urban planning and traditional buildings. In fact, the village of Penglipuran has also been inauguration as the cleanest village in the world along with the Floating Village of Giethoorn in the Dutch Province of the Netherlands and the village of Mawlynnong in India.

Every tourist who visits the village of Penglipuran will see the beauty of the countryside which is very far from the flow of civilization that is very modern in Bali. It will spoiling every eyes of tourists with the arrangement of tourist village that very slick which makes this village the perfect choice for every tourist who wants to take a break from city fatigue and mind refreshing from the harsh development of the times.

Penglipuran village has house with a gate called angkul-angkul. All houses in this village are uniform and have the same fixed size. The village is located at an altitude of 700 meters above sea level and has 985 inhabitants in 234 families at the beginning of the 2016 census. Its population is spread over 76 yards divided on average on each side from a total of 112 hectares.

The price of the entrance ticket to Penglipuran village, updated as of January 2020:

The location of the traditional village of Penglipuran, is in the village of Kubu, Bangli District, Bali province.

The distance from Kuta to the village of Penglipuran Bangli approximately 53 kilometers. With an estimated travel time of 1 hour 30 minutes. Because of its smooth traffic, also located 45 km from Denpasar.