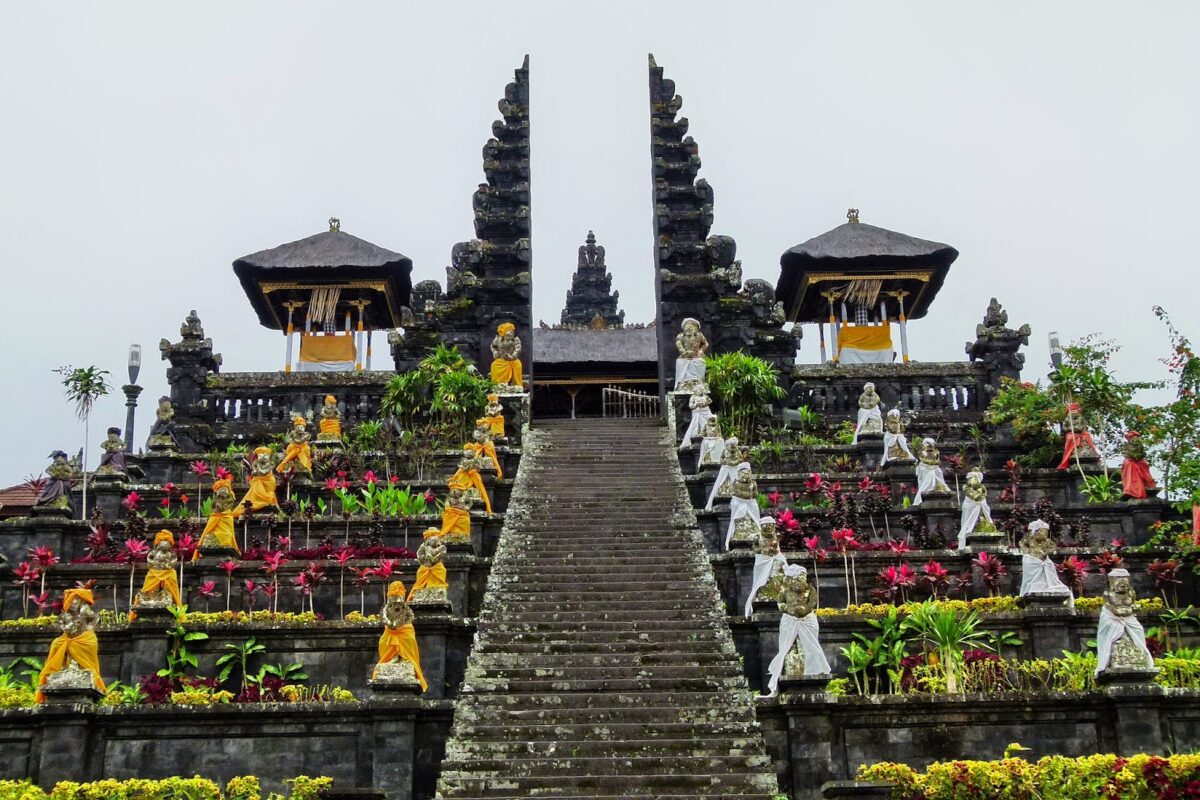 The island of Bali is filled with amazing things that make it one of the must-visit tourist destinations. Many tourists visit and spend their vacation time in Bali. Both local tourists and foreign tourists have recognized its natural beauty and cultural uniqueness which is still preserved today.

The History of Pura Besakih

From the beginning of the construction of the Besakih temple, it is still used as a place for Hindu religious activities in Bali. But the difference is, nowadays Besakih temple is also known as a very popular cultural tourism object in Bali. Pura Besakih has a lot of cultural knowledge that can be obtained. One of them is the history of the temple itself.

Every construction or establishment of a large temple in Bali, such as the Besakih temple, of course, there is the history behind the formation of the temple. The existence of Besakih Temple is closely related to the journey of Rsi Markandeya. He is a yogi, a religious figure from India, who settled on the island of Java to be precise on Mount Rawung, because of his wisdom, holiness and character in his religious understanding, he is also known as Bhatara Giri Rawang.

In his asceticism, he received a revelation to go to the island of Bali and grab the forest to be distributed to his followers, in the process of clearing the forest there were many obstacles that prevented him, such as wild animals. Many of his followers died and had to return to Java, and on a good day came again to Bali, starting with the Dewa and Buta Yadnya and Pratiwi Stawa ceremonies accompanied by prayers to repel all pests.

After finishing the forest grasping, a jug containing 5 metal elements is also planted known as Panca Datu consisting of iron, bronze, copper, silver and gold, as well as the most important rubies, Mirahadi and various other ceremonial means. This place is called Basuki which means safe, then Basuki became the word Besakih until now.

The Atmosphere of Pura Besakih

Pura Besakih in Karangasem is a place or complex of sacred buildings, and cultural heritage from the ancient Balinese era, as the center of Hindu temples in Bali, was once proposed as a world heritage site. Pura Besakih is also the largest temple on the island of Bali, because it is large with a large building complex, often referred to as the mother of the temple on the island of the Gods (mother temple), its existence as a tourist attraction in Bali is well known by domestic and foreign tourists.

The atmosphere of the Besakih temple itself, especially for those who like tourism or adventure recreation such as climbing Mount Agung, tourists can also start a recreational trekking trip to the highest peak of Mount Agung from Besakih Temple. The concept of building the Besakih temple itself also expresses the Tri Hita Kirana which is an important belief of Balinese Hindus, where life in this mortal world must be in harmony, harmony, and continuity between human life and nature, between each other and God. So that human life in the world becomes peaceful.